A non-contiguous area cartogram – a mouthful of a term – is a concept of displaying two pieces of information in a single chorpoleth map.

One piece of information is carried by color of polygons (typically administrative units) and the other by rescaling the size of the polygons compared to their original, contiguous, placement.

This style of visualization has been popularized in US political reporting, where great disparity exists between densely populated urban areas, and less populated, but optically large, rural areas.

A number of data visualizations has been circulated, variously exploiting, and debunking, this disparity. Famously egregious example being the “Try to impeach this” tweet by Lara Trump.

Rescaling administrative areas by population (or total votes cast) is one of the tools that can be used to give some context to the US political map.

Rescaling is a relatively uncomplicated affine transformation, one that is well implemented in the context of {sf} package.

To make it even more easy to use I propose a function, st_rescale() that takes two arguments:

The function returns rescaled geometry, implemented in the same coordinate reference system as used by the spatial object provided in the data parameter.

To demonstrate the technique I will “borrow” the file of 2016 Pennsylvania election results used by Sharon Machlis in her article How to create an election map in R published on InfoWorld website.

As there is a slight mismatch in naming conventions between the csv file and county names in the {tigris} package, which is the authoritative source of US administrative area polygons, I am converting county names in both datasets to uppercase.

The first visualization is a classic choropleth map - each county painted in a shade of red & blue proportional to the margin of victory of Trump vs. Clinton.

In this viz Pennsylvania transforms into a sea of red color, interrupted by two blue spots. What the map does not make immediately obvious is that the two blue spots are Philadelphia and Pittsburgh, and that the sea of red is mostly void. 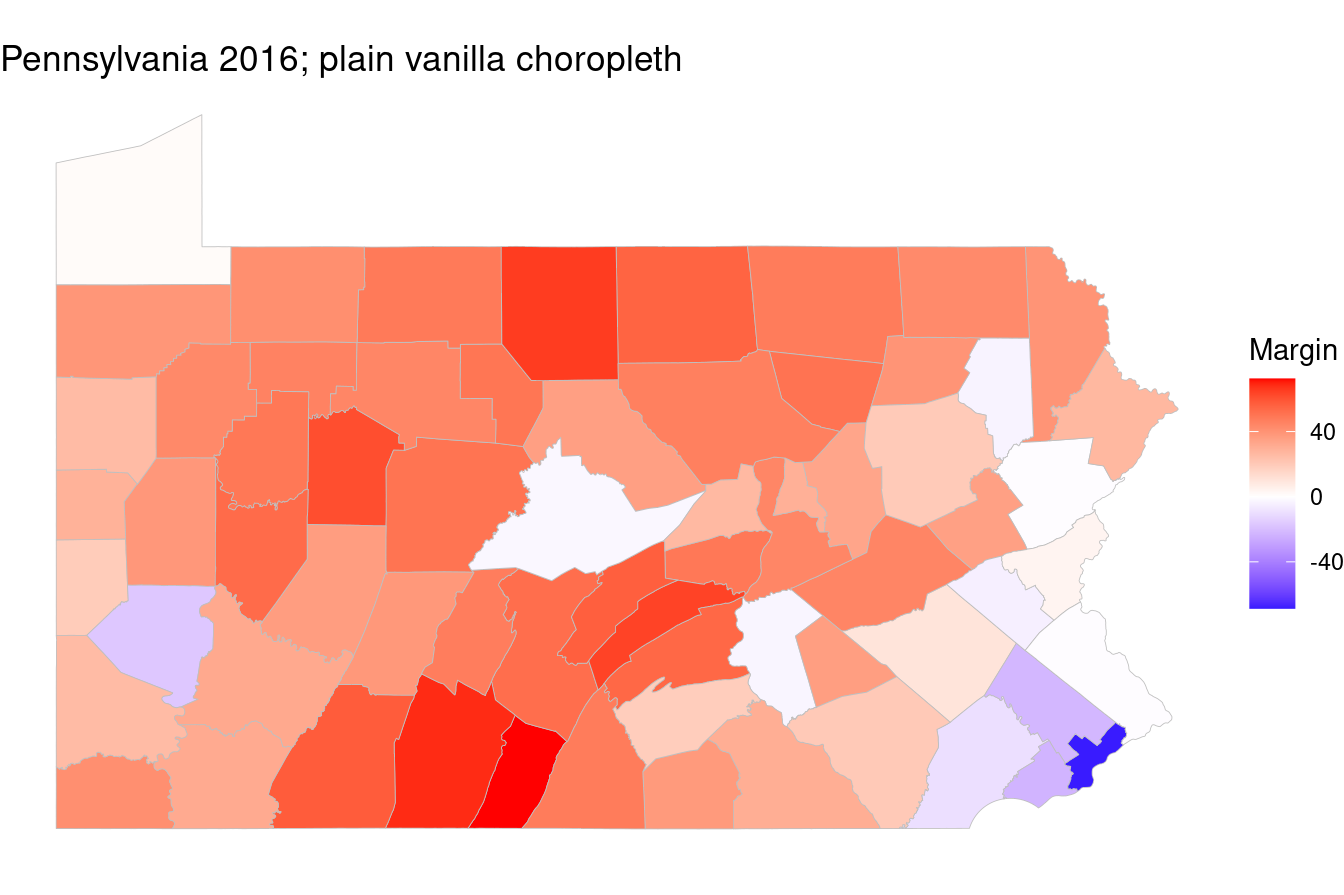 As an alternative I propose another map, one where the county polygons are rescaled in proportion of total votes cast. The original county lines are kept in grey to give some idea by how much was the polygon shrunk.

This alternative map gives more prominence to the two metropolitan areas, and visually shrinks the rural counties. The deeply red Potter County close to the NY border, where 7,553 votes were cast – compared to 692,773 in much smaller Philadelphia – disappears almost entirely. 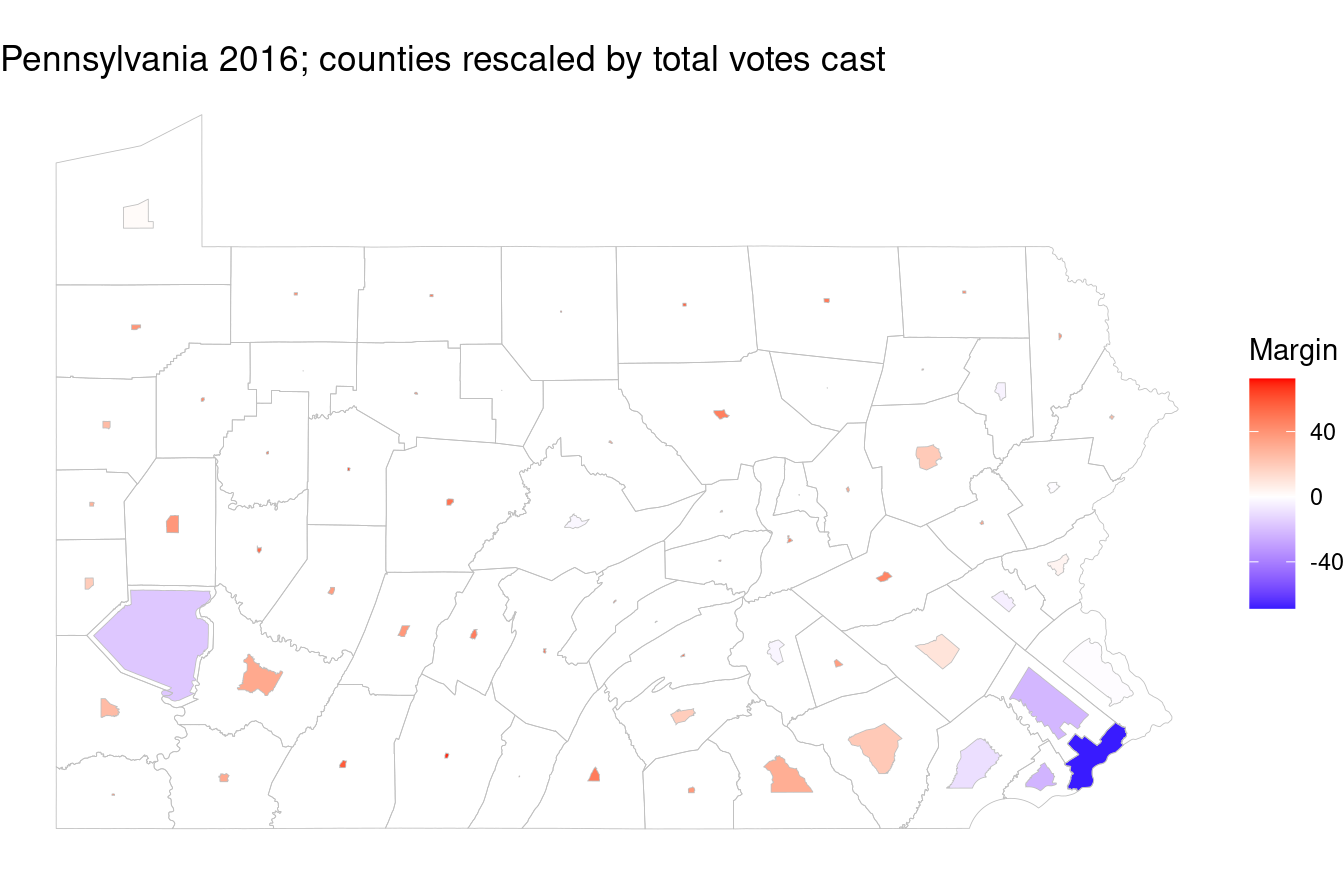